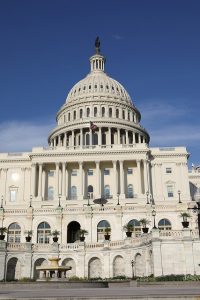 Wyoming Republican Rep. Liz Cheney who serves as Vice Chair of the House January 6 Committee said that Trump might actually comply with the subpoena — as the ex-president’s team of lawyers are in discussions with them about the terms and conditions for his testimony.

Trump has until Friday to furnish information that will shed light on his alleged participation in supporting the January 06 Capitol Hills riot.

Still Rep. Cheney emphasized that she and other lawmakers will not be under Donald Trump’s mercy as he will be required to testify under oath and for several days when necessary.

Trump’s lawyers actually accepted the subpoena last October 26, which requested the former president to testify and submit documents to the House January 6 Committee. His testimony will be in relation to the broad exchanges of communication that transpired after the Nov. 2020 election. His outbursts and speeches subsequently led to h rousing of followers who came to support the “Big Lie” about the stolen presidential election. .

Will Trump’s Jan. 6 Committee Testimony Result in a Criminal Conviction?

One thing must be clear though, Trump’s testimony will not have direct violation of criminal or civil laws. Not unless the Dept. of Justice (DOJ) files criminal charges using Trump’s testimony as basis. Actually, the DOJ has neen conducting its own investigation of the Jan. 06 incident.